Western Larch Larix occidentalis (Pinaceae) HEIGHT to 30m
Largest of all the larches, although it rarely reaches its maximum height away from its native range. A tall, slender, conical tree. BARK Grey and scaly, forming deep fissures low down. BRANCHES slightly ascending and short with red-brown shoots. LEAVES Soft needles up to 4cm long, borne in tufts on side-shoots. REPRODUCTIVE PARTS Male flowers are yellow, and pendent below the shoots; female flowers are red and upright above the shoot on the same tree. Both open in spring. Cones are ovoid, 4cm long, with long bracts protruding from between the scales, distinguishing this from all other larches. STATUS AND DISTRIBUTION native of mountains of British Columbia, south to Oregon. Introduced in 1881 into Britain, where there are now some very fine specimens in mature collections. 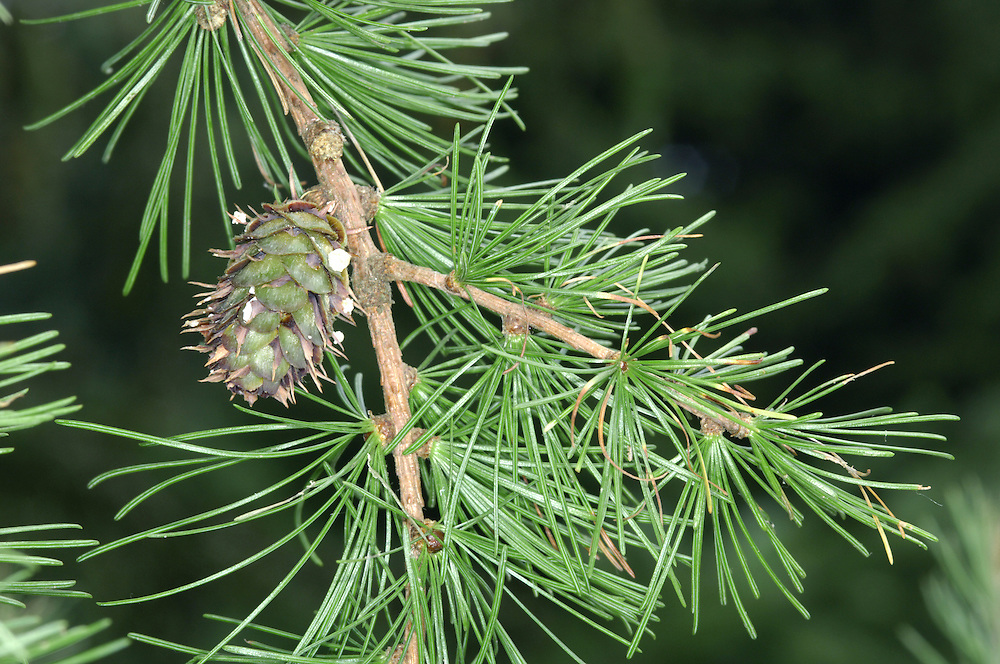