Lodgepole Pine Pinus contorta (ssp. latifolia). Similar to Beach Pine (ssp. Pinaceae) Columnar with a less dense crown; usually grows on a much straighter, but sometimes divided trunk. Needles are broader than those of Beach Pine, and more spread apart. Grows in the mountains well inland away from sea. REPRODUCTIVE PARTS All trees have male flowers in dense clusters near the tips of shoots. Female flowers grow in groups of up to 4 close to the tip of the shoot. Cones are rounded to ovoid, up to 6cm long and 3cm in diameter, and usually a shiny yellow-brown. Each cone scale has a slender, sharp tip, which easily breaks off.
STATUS AND DISTRIBUTION Native to coastal western North America, widely planted here for timber on poor soils and exposed, often upland, sites. 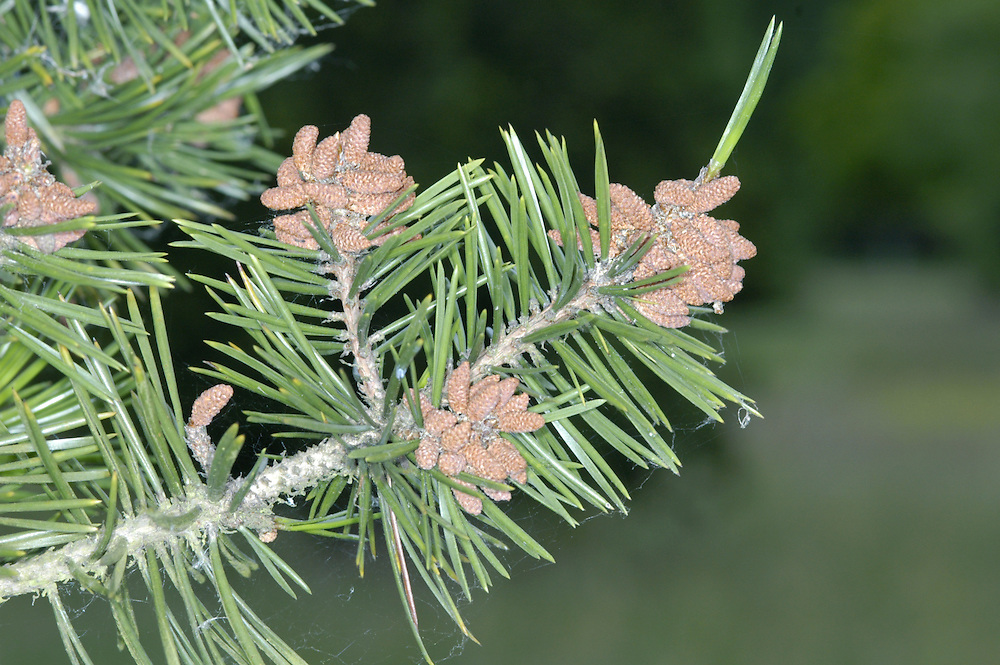