Shanny Lipophrys pholis Length to 15cm
The commonest blenny on British shores. Found in pools and under rocks on lower shore. Moves around in short bursts, seldom swimming far. Typically props itself up on pectoral fins. Adult is elongate, smooth and scaleless with proportionately large head. Has single, long dorsal fin with dip in middle. No tentacles on head. Usually mottled and marbled brown and buff. Widespread and locally common except in SE. 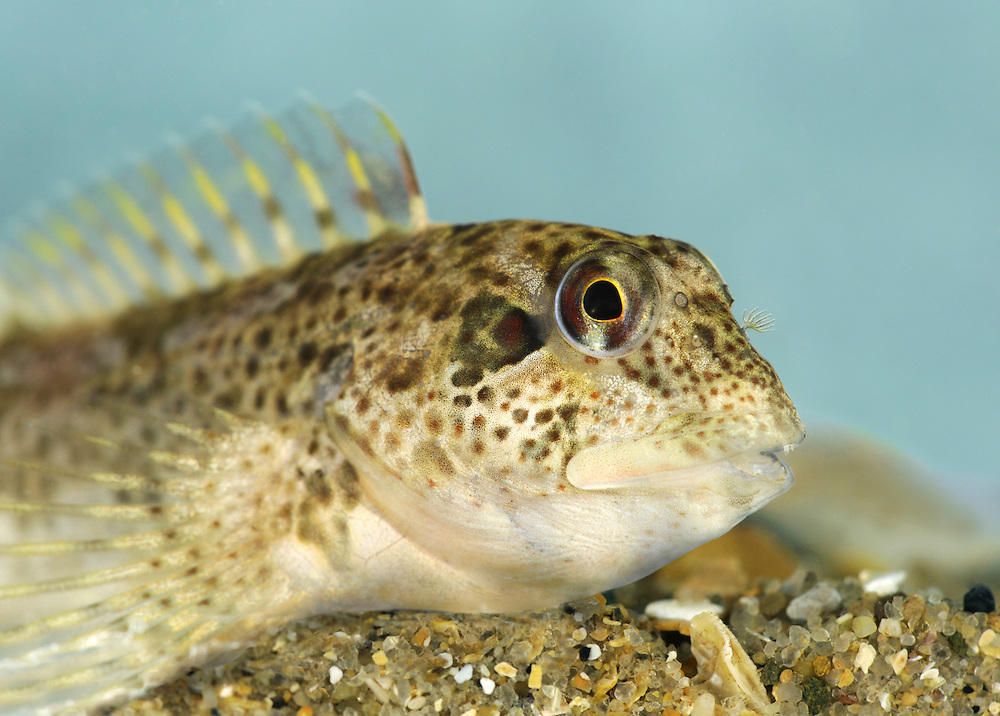