Coastal Redwood Sequoia sempervirens (Taxodiaceae) HEIGHT to 50m. An impressively large evergreen, growing to be the tallest tree in the world in its native California and Oregon. Forms a conical to columnar tree with a tapering trunk arising from a broader, buttressed base. BARK Thick and reddish-brown, becoming spongy, eventually deeply fissured and peeling. BRANCHES Mostly arise horizontally or are slightly pendulous. LEAVES Green twigs support a unique combination of 2 types of leaves arranged in spirals; leading shoots have scale-like leaves, up to 8mm long, clasping the stem, and side-shoots have longer, flattened, needle-like leaves up to 2cm long, lying in 2 rows. Crushed foliage smells of grapefruit.
REPRODUCTIVE PARTS Male and female cones are produced on the same tree. The small yellow male cones grow on the tips of main shoots, releasing pollen in early spring. The pale-brown female cones grow singly on the tips of shoots, becoming 2cm long and ovoid. STATUS AND DISTRIBUTION A native of California and Oregon, growing best in the hills where the permanent sea-mists keep the trees supplied with moisture. Unsurprisingly, the biggest British and Irish specimens are in the west and north of the region. 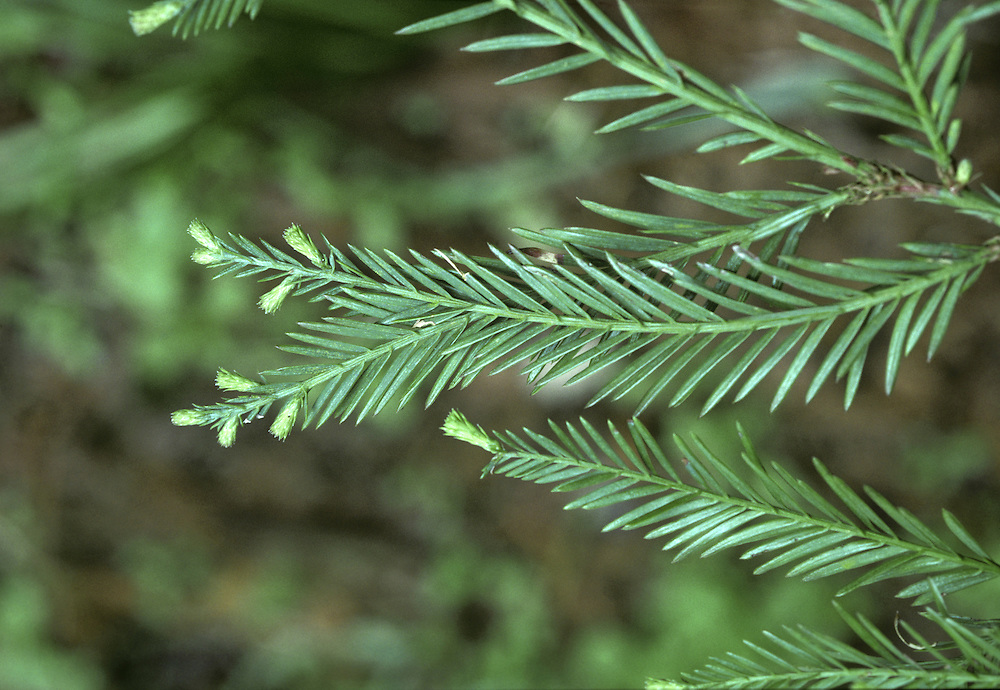