WOOD DUCK Aix sponsa Length 43-50cm
A distinctive duck, males of which have gaudy and striking plumage. Females, although sombre by comparison, are well marked although the potential for confusion with a female Mandarin Duck must be considered. The sexes are strikingly dissimilar.
Adult male has a shiny greenish blue crown and mane, adorned with white lines. The chin and throat are white, extending onto the face as white lines. The breast is maroon, the flanks are buff and the back is greenish; these three areas are separated by white lines. Adult female has mainly brown plumage, darkest on the back and head. The breast and flanks are marked with fine buffish streak-like spots. There is a white ‘spectacle’ around the eye and the white is more extensive than in a female Mandarin Duck. There is a small and well-defined amount of white on the throat and the bill is uniformly dark. Juvenile resembles an adult female but the colours are duller and the patterns less striking. STATUS A North American native that has established itself, to a limited degree, as a result of escaping from wildfowl collections or being deliberately released. It favours well-vegetated lakes with wooded margins. 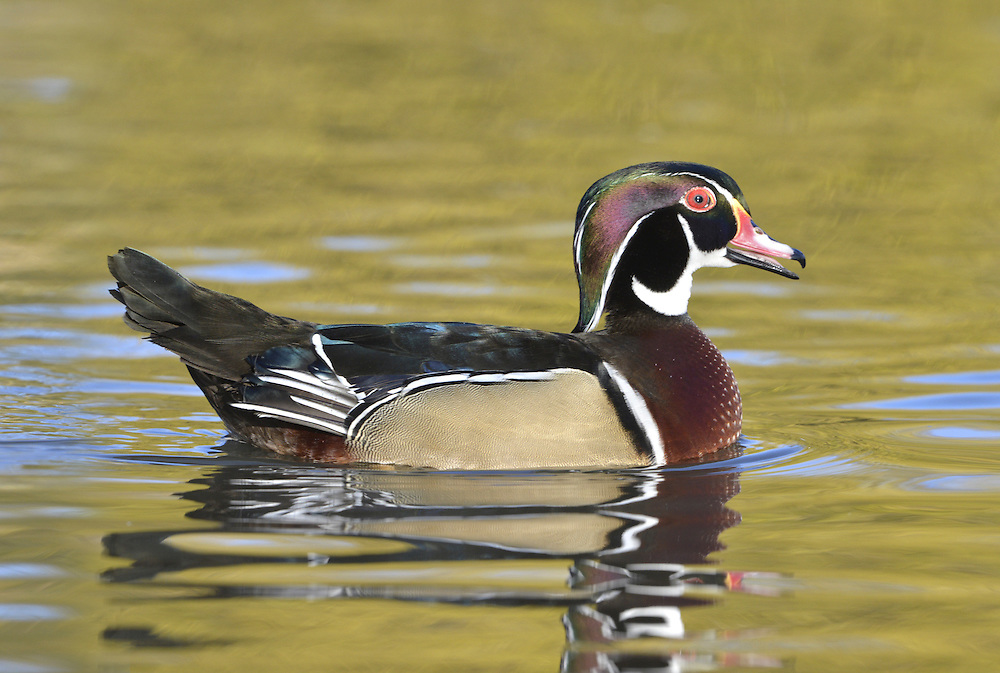