Perch Perca fluviatilis Length 25-40cm
This is a distinctive and well-marked predatory fish. It forms shoals when young but is usually solitary when large. Adult has a greenish body with broad, vertical dark stripes; it is well camouflaged when lurking among water plants. Note the two separate dorsal fins, the first very spiny; other fins are usually tinged red. The Perch is widespread and common in rivers and lakes in most areas except N Scotland. 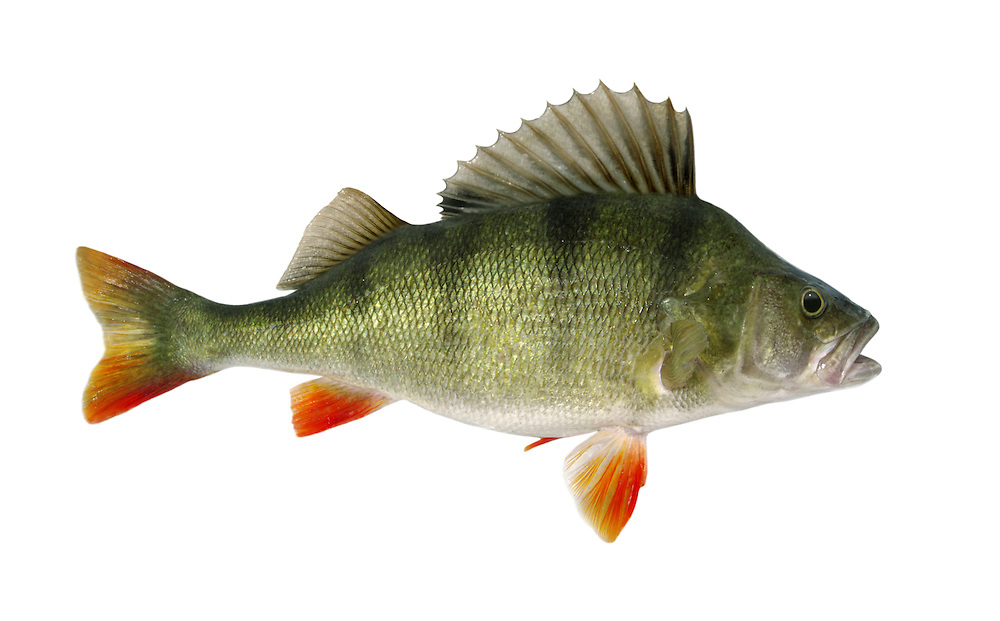