Erman’s Birch Betula ermanii (Betulaceae) HEIGHT to 24m
A fast-growing and attractive tree, easily recognised by studying its bark. The tree is more spreading and has a stouter bole than the Silver Birch, with which it frequently hybridises. BARK Pinkish, or sometimes shining yellowish white; it peels horizontally and hangs in tattered strips down the bole of mature trees; younger trees have a smoother white bark. BRANCHES Rather upright, with twigs that are warty and usually hairless. LEAVES Triangular to heart-shaped with a pointed tip and toothed margins; there are 7-11 pairs of veins and the stalks hairless. REPRODUCTIVE PARTS Catkins. STATUS AND DISTRIBUTION A native of E Asia, and introduced into Britain and Ireland from Japan. The best specimens are seen in established gardens where the peeling bark is a fine winter feature. 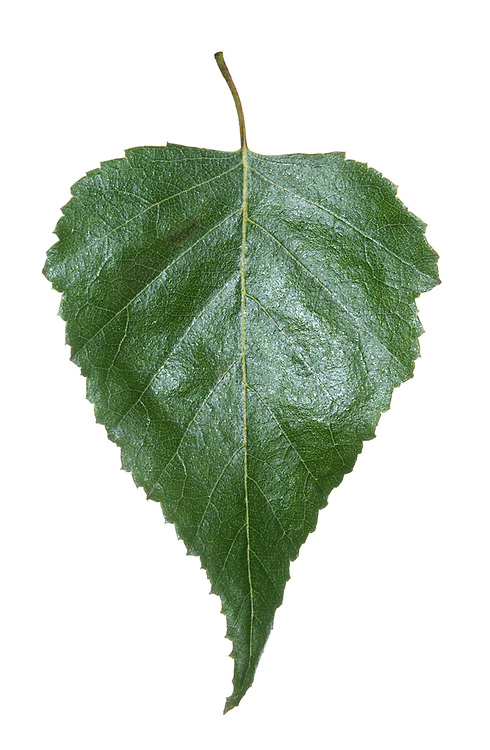