Huntingdon Elm Ulmus x vegeta (Ulmaceae) HEIGHT to 30m
Widely spreading tree with a domed crown. BARK Greyish and broken into regular ridges. BRANCHES Main branches are long, straight and upright to spreading. LEAVES Ovate to elliptical with a pointed tip and toothed margins; base is markedly unequal and upper surface of leaf is smooth. Leaves are rather similar to those of Wych Elm but with a petiole more than 5mm long. REPRODUCTIVE PARTS Papery fruit. STATUS AND DISTRIBUTION A naturally occurring hybrid between Wych Elm and Ulmus glabra, found in East Anglia and central England. However, the true native distribution is obscured because cultivars, raised from the same parents, are widely planted. COMMENTS The cultivar known as ‘Huntingdon Elm’ is popularly planted and has a degree of resistance to Dutch Elm Disease. 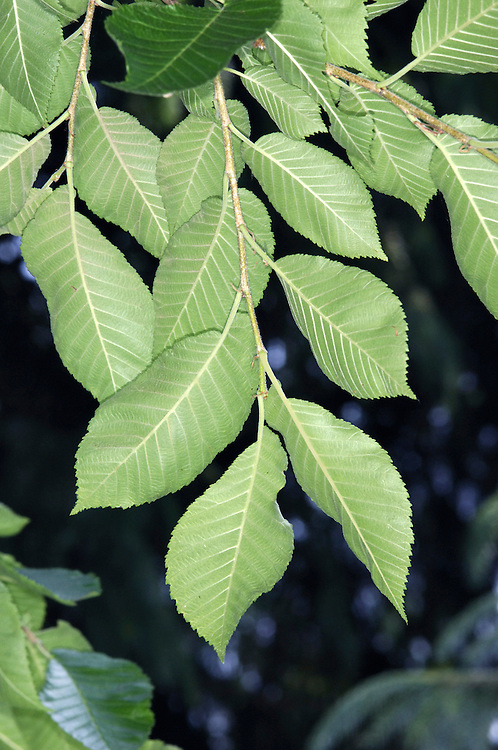