Chilean Plum Yew Prumnopitys andina (Podocarpus andinus) (Podocarpaceae) HEIGHT to 20m
Resembles a yew, but unrelated. Grows either with a single upright bole and horizontal branches, or sometimes with several boles and more upright branches. BARK Dark grey and smooth with occasional scars and ridges. LEAVES Flattened, needle-like and up to 2.5cm long; deep bluish-green on upper surface with 2 pale bands on underside. Leaves are much softer than true yew leaves, except in young trees when they are more leathery and bear small spines. Borne in dense shoots, either arranged in 2 ranks on either side of the shoot or spread all round it. FLOWERS Male catkins are yellow and borne in branched clusters near the ends of shoots. Female flowers are greenish and produced in small spikes at the tips of the shoots. The flowers occur on different-sex plants, opening in the spring. FRUITS resemble small green plums at first, containing a single seed, and may ripen to become blackened and covered with a fine bloom like sloes.
STATUS AND DISTRIBUTION Native of the mountains of Argentina and Chile. 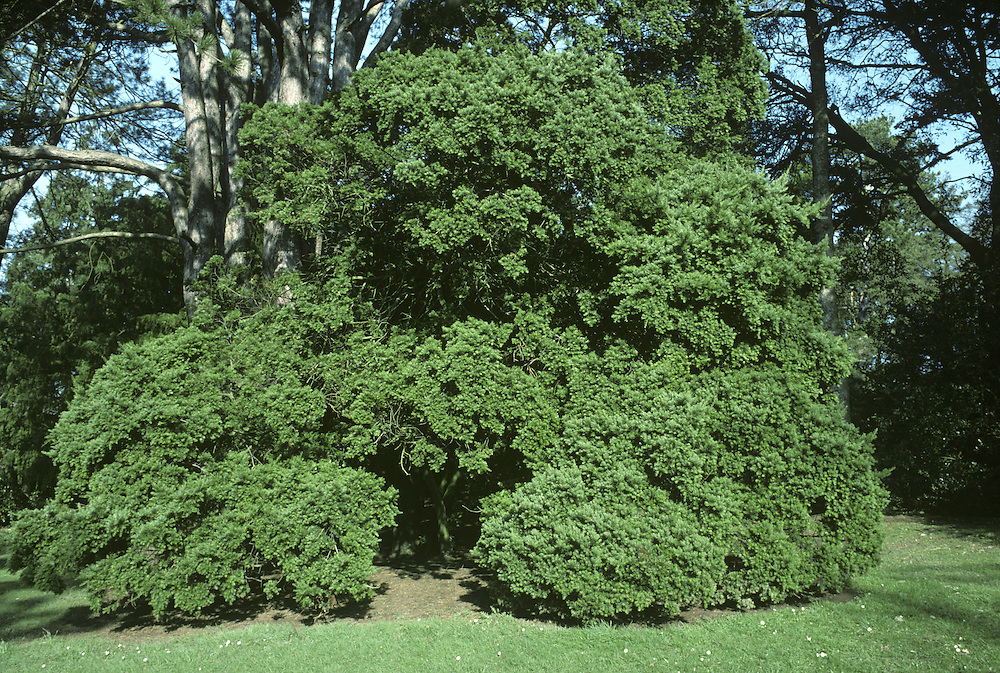